The Bishop of Truro 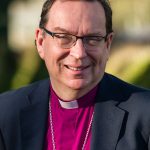 Prior to becoming the 16th Bishop of Truro, Bishop Philip was the executive leader of the Church Mission Society.

Philip was ordained as a deacon in 1988 and priested in 1989. He served his curacy at Gerrard’s Cross and Fulmer in the Diocese of Oxford, and then served as the Vicar of St James’ Church, West Streatham, in the Diocese of Southwark, from 1992 to 1998.

In 1998 Philip joined the Church Pastoral Aid Society (CPAS), initially tasked with helping churches develop youth and children’s ministry, then serving as head of ministry and ultimately as the deputy general director from 2004 to 2007.

In 2007 Philip moved with his wife, Ruth, and daughter, Kitty, to Paris, where he was the chaplain of St Michael’s Church, in the centre of Paris, a multicultural church with a congregation who spoke around 40 different languages.

In late 2012, Philip left Paris for his role at the Church Mission Society. Philip oversaw the operation of all CMS’s mission in 40 countries, leading a community of around 3,000 members and supporting around 350 people in mission around the world.

Bishop Philip was consecrated on November 30 by the Archbishop of Canterbury, the Most Revd Justin Welby, at St Paul’s Cathedral, London, and was welcomed to the Diocese of Truro on January 12, 2019.

The Bishop of St Germans

The post of the Bishop of St Germans is vacant following Bishop Chris’ move to head up Ministry Division nationally.  The new Bishop will arrive later in 2020.

The Archdeacon of Bodmin 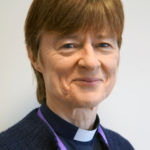 Archdeacon Audrey was welcomed to Cornwall from the Diocese of Newcastle in 2011. While in Newcastle, Audrey spent 14 years in parish ministry before becoming Bishop’s Chaplain and Director of Ordinands in 2002.

Audrey studied Biochemistry at St Catherine’s College, Oxford, before undertaking a PhD. It was while engaged in her postgraduate studies that Audrey was drawn to Ministry. Beginning as a deaconess in 1988, she went on to become a priest in 1994. Audrey is married to Revd Canon Dave Elkington.

The Archdeacon of Cornwall 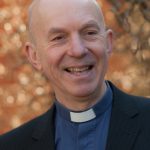 Archdeacon Paul was welcomed to the diocese in September 2019. Before his move, Paul spent 25 years in the Diocese of Guildford, with his last role there being Archdeacon of Dorking.

As a former teacher and head of religious studies, Paul has had a lifelong passion for education. Over the past 20 years or so this has particularly been focused on fostering the aims and ethos of church schools. He has served as a diocesan schools’ inspector and as a director of Guildford diocese’s Good Shepherd Academy Trust.

Paul is married to Fiona, and the couple have three adult children.

Executive Assistant to the Archdeacons

The Dean of Truro 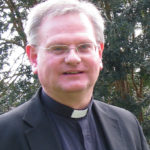 Dean of Truro Roger Bush has been in post since 2012. He previously spent six years as the Archdeacon of Cornwall. Roger was educated at King’s College London and Leeds University. He was ordained in 1987 and began ministry in Derbyshire. Roger, who is married with two children, has lived in Cornwall for over 20 years. 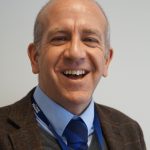