Who knew craft club could lead to Confirmation? 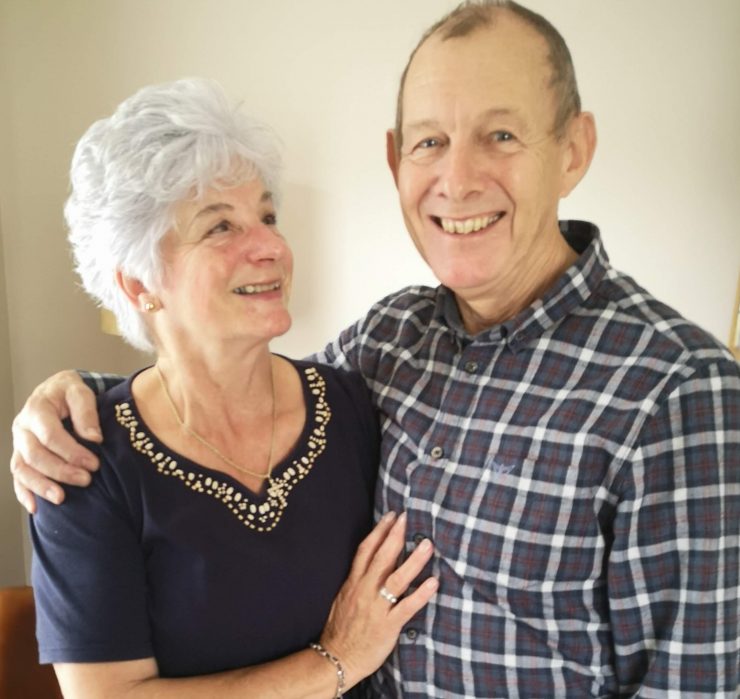 When Joan joined the Crafty Club at St Andrew’s, Redruth, she had no idea it would lead both herself and her husband, David, to Confirmation at Truro Cathedral later this month. 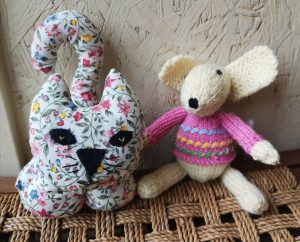 From craft club to Confirmation

It was also through Crafty Club that David’s considerable skills at woodturning became known and he was asked to create figures for a nativity scene that could be taken to the housebound over Christmas. He also had no idea that this would be the start of an awakening in him.

The power of a warm welcome 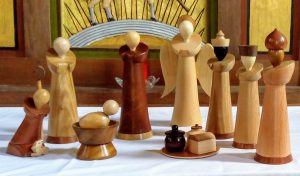 When the nativity figures were finished, David and Joan were invited to a service where the figures were going to be blessed. Both were struck by the kindness and warmth of the welcome they had. “I was also really touched by the blessing of these wooden figures. I’d made them as well as I possibly could, nurtured them and included different woods from all over the world. When they were blessed, I felt quite emotional, knowing what they would mean to people who couldn’t get to church.”

When the figures were blessed, I felt quite emotional, knowing what they would mean to people who couldn’t get to church.

David had always loved places of worship. “I’ve always felt a presence in them, from churches to synagogues. I particularly remember taking the family to Canterbury Cathedral and walking up those well-worn steps, feeling moved by the hundreds of years of people treading them down.”

So, David and Joan started to come to church, joining in with different activities cross the parish from Chats and Cake at Christchurch Lanner and services at Pencoys. It was after a service at Redruth that Revd Caspar asked them if they would consider confirmation.

“We’d always thought we’d like to come to church, like after carol services, but life was always so busy with family commitments. Now we’re retired we have time to think and process some of life’s bigger questions.”

Both Joan and David have really enjoyed the confirmation classes. “We look forward to them, just like we look forward to Sunday mornings now.” They have particularly enjoyed the materials, one of which is Alpha’s ‘Why am I here?’ and regularly read passages of the Bible to each other. They struggled with the King James version and bought new Bibles each, the New Living Translation, “The print is so much bigger!”

Joan grew up with the words of the Old Testament. Her mother was a Dr Barnardo’s child who had eleven children plus those she fostered. “To get some peace and quiet she would tell us children to get a cushion and lie down on the floor. She turned on the radio and we would listen to Dr Kassoff reading from the Bible. I have vivid memories of lying on that parlour floor, listening to his beautiful voice telling us stories from the Bible.”

Learning how to pray

Prayer is a new thing for them. “We both prayed before, when people close to us were very ill, but it was a bit hit and miss! Prayer is very personal and different for everybody, but no one had ever taught us how to pray until now, how to focus and ignore the thoughts that can get in the way, and that has been really helpful.” Joan used to be a urology nurse, largely nursing men with prostate cancer and believes that everyone prays in the end. “Even those that say they don’t have faith, when the end comes, a great many ask to see a priest or chaplain.”

Prayer is very personal and different for everybody, but no one had ever taught us how to pray until now, how to focus and ignore the thoughts that can get in the way, and that has been really helpful.

The plan God had for their lives

The couple have always marvelled at the bigger plan that they believe God has had for their lives. Although David was born and bought up in Cornwall, the son of a farmer, and Joan in London, both of their families historically came from the same area in east London, Stratford. It came vividly to light when David’s aunt died, and they found an envelope marked ‘Do not throw away!’ Inside were snippets of her life including messages from ministers and notes from the Salvation Army. One such note mentioned the name ‘Pink’. “That was my family name,” says Joan. “It transpired that our families lived a few streets away from each other in London – and yet we met years and years later in St Agnes!” As Joan says, it was always in God’s plan that they should get together.

There’s more. When David was a young apprentice working in a building company, he took refuge in a kinder older man who stood apart from the usual building-site banter. That older man told his daughter that there was a young man working with him who would suit her very well. She scoffed at the idea. Instead she met someone who asked her to the pictures. A few months in, before getting ready to meet her young man, her father was quietly chuckling to himself and when she could stand it no longer he burst out that her suitor was seeing was the same young man from the building company that he had singled out for her. The young man was of course David. “I always say we had an arranged marriage!” laughs Joan. 55 years happily married, it was a good arrangement. 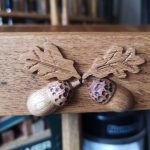 So what has sustained David and Joan? Apart from having time, why have they chosen to become pursue their faith, explore confirmation and become a part of church life, rather than taking up say golf in their retirement? “We’re in the autumn of our life. Finding our faith has made us more content. We love the friendship of the congregation but there is a presence there, and with us now, that just makes us happier.”

Finding our faith has made us more content. We love the friendship of the congregation but there is a presence there, and with us now, that just makes us happier.

David is currently using his skills to make a beautiful lectern from an old pew. It will be used as the welcome desk now that St Andrews is open to visitors every day. It’s rather apt that David’s skills should be used to welcome others in the best way possible, just like he and Joan were welcomed.

On October 19th, Joan and David join 19 other people to be confirmed at Truro Cathedral. The service starts at 6.00pm and all are welcome. 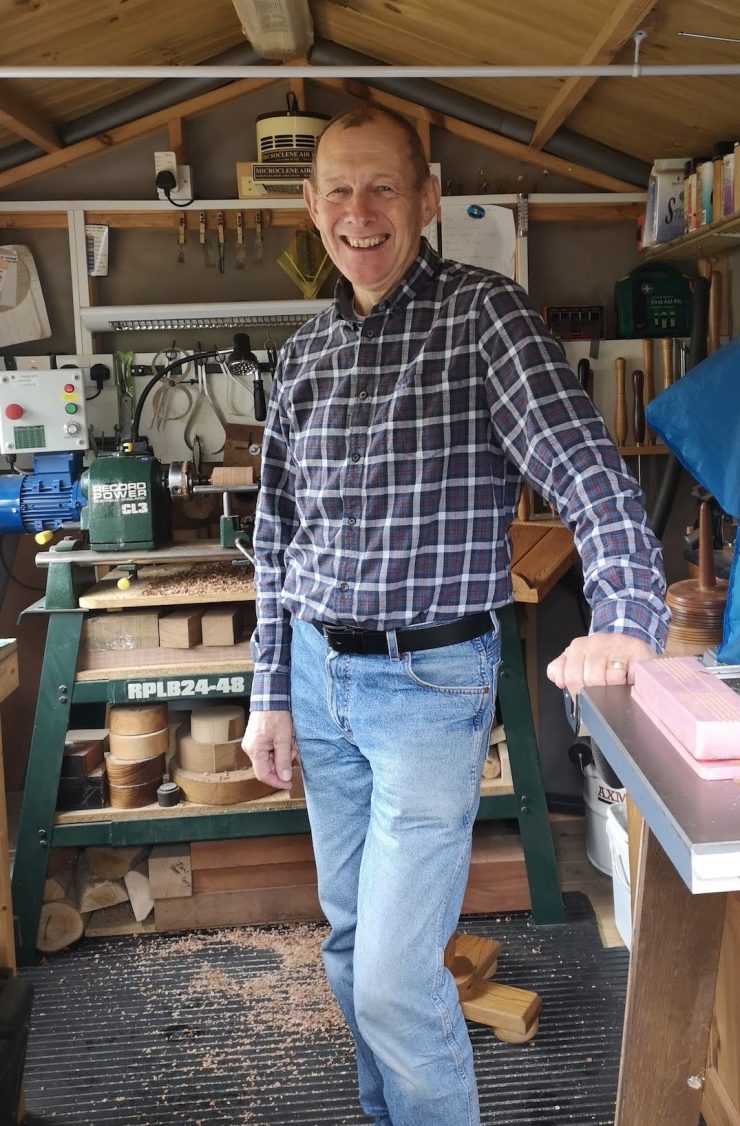 David in his workshop

You may enjoy these other news stories

Encouraging signs in the diocese’s Statistics for Mission report

Diocese of Truro @DioTruro
The latest newsletter is out. To view it on our website visit: trurodiocese.org.uk/news/publicati… or to receive it in your ema… twitter.com/i/web/status/1…
11:16, Fri
ReplyRetweetFavourite